Let's get this party started with some breakdancing Aladdin!

Dear Aladdin here is my very first pre-order to arrive at my door. He showed up on Amiami one day, and I couldn't keep myself from clicking on the "Add to Cart" button. But when he was delivered, I wasn't sure if the box in my hand was the result of an impulse buy or something I would genuinely want to keep. I quickly considered everything from selling him immediately to stashing him in my closet until I could come up with an answer...so I settled on doing a review to help not only me, but everyone else who couldn't quite make up their minds.


The box was a bit bigger than I expected it to be. Aladdin's a tiny kid, so his figure should be tiny too, is what I thought.

The box isn't the prettiest thing out there, but it gets the job done with pictures of the figure clearly displayed. Many of the windows are in the shape of the magical seals that are found in the series.

Here's Aladdin in all his plastic-wrapped glory! There's a good amount of plastic to keep everything in its proper place.

The base isn't anything super exciting, but I like that it's molded in the shape of those magic symbols. There are two pegs for two holes in Aladdin's feet, one in each. I needed to pull his legs slightly apart to get him on, but once he was there he fit all snug and secure.

This is what came in the box unattached to Aladdin.
So all together(including the already mounted parts), the pieces included are:

I quite like the pose. For a male figure, he's pretty dynamic with his outstretched arms and legs, added to the twisting motion of his hair and body. When you look at him, you can see the youthful and chipper energy emanating from him.

His head tilts to the left a bit more than I would like, but I can deal with it. The prototype seems to not have such a bend, though.

Aladdin doesn't have a very complicated character design, so I'm content with what's been done. The only thing I could have an issue with is the way his braid curves. The official pictures have it sweeping in a bit more of an aesthetically pleasing way than what my finished product actually does. Also, maybe I haven't been using enough pressure, but there's a bit of a gap between the bangs and the rest of the hair when you omit the turban.

The staff and the flute are nicely done. The flute comes on a black cord instead of the brown one I saw in some of the prototype shots. (But getting it to hang nicely is a different issue. And it was a little scary trying to pry Aladdin's head off to get that darned thing around his neck. Does pulling off figures' heads ever get easier?!)

I was mildly surprised that the sash wasn't simply a part of the pants. I was a bit more taken aback when I was flipping Aladdin around for picture taking purposes and found that the artist had bothered to sculpt his butt in where the sash would normally rest. Sorry no pics of that.

The bandeau and the sash are probably the most detailed things on him, so you can go ahead and judge those. (On a side note, he looks so skinny. All that food consumption, and still so thin. I shake my head at youth.)

It's good, clean painting. I thought the shading on the hair between bunches of hair in the braid was nice. No major issues. I could've used more shading on the skin, though.

The included mascot is really cute, but I don't know if I can bring myself to use it. The painting and sculpt is fine for its size.

He's so adorable and he looks so happy! How could I ever have doubted him? I'm glad that I did this review, because all that fussing over Aladdin makes me want to keep him, at least for now. Now if only I could get a figure of Aladdin in one of those magician's frocks and a hat.

Hope this helped some indecisive folks out there!

Since this was my first review, I'd be happy to receive constructive criticism if anyone would like to offer some advice.
7,075 hits • 0 favorito • 12 comentários

Pluanda
Thanks for this review! Its really helpful.

I just went through my wishlist and am thinking about finally purchasing him to my Morgiana but actually the size of the carton really bugs me. You are right it should not be this size O:. I have like a tower of figures very nicely together ( they are kind of all the same size) and this carton would not fit in. This bothers me a lot. I don't have much space and I would not know where to display him.
3 anos atrás
0pt

darkrose
Hello. I just got him and I have a question: is his sash removable?
It comes with a plastic to prevent paint transfer between his sash and his waist so I am wondering how to remove the plastic without tearing it.
5 anos atrás
0pt

miyoji
Sekhmet (6 anos atrás) #1908218Ugh, the flute strap is black and doesn't allow the flute to rest naturally against his chest -_- And the box even shows his flute attached by a brown rope on the back......oh well, he is adorable nonetheless! I will probably take your advice and swap out the black strap for a brown rope like material.......if I can figure it out XD.

A pure cotton thread would probably be a good replacement. And since it's a natural fiber, it'll hang a lot nicer than whatever man-made material the black cord is made from.
6 anos atrás
0pt

Sekhmet Killing Stalking
Ugh, the flute strap is black and doesn't allow the flute to rest naturally against his chest -_- And the box even shows his flute attached by a brown rope on the back......oh well, he is adorable nonetheless! I will probably take your advice and swap out the black strap for a brown rope like material.......if I can figure it out XD.
6 anos atrás
0pt

miyoji
Thanks for reading, everyone! May those who ordered him be blessed with a speedy delivery.

astrum (6 anos atrás) #1905561You won me over from the beginning with Break-dancing Aladdin.

Now I want to see figure of some actual breakdancing...but I don't know of any except for one of Mugen, sadly. pt.myfigurecoll...

EmeraldxDew (6 anos atrás) #1905330Aww, I really like Magi and Aladdin especially. He looks like the type of figure that would just make you happy to look at! x)

Yup! He's going right next to my Kaito so they can be happy, blue-haired boys together~

He sure is! Probably the cutest one I have now, not including my chibi/SD ones.

Now you know exactly what you're waiting for^^

darkrose (6 anos atrás) #1905168I agree with you that the prototype's hair is much more impressive.
Still on the fence about getting him because he is way too thin.. even for a kid and he is already a teenager. Lol

Maybe they decided the way the hair was going to be was too fragile, so they toned it down. The volume of the harem pants probably make his torso look even skinnier >.<

Sekhmet (6 anos atrás) #1904866He is just absolutely adorable, but I can say I would have preferred the brown strap for his flute since as you indicated, some of the earlier pics depicted the strap being a brown/goldish color and I think that looks more pleasing to the eyes than a black strap against the gold.

I hope you have as good of a time opening his box up as I did! You could probably just substitute some brown thread for the black, now that I think about it.heathersaur (6 anos atrás) #1904768He's not always so skinny View spoilerHide spoiler 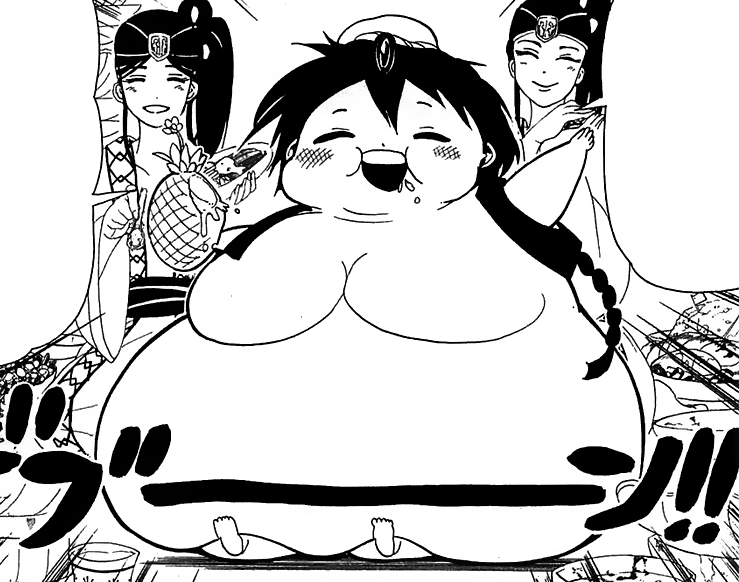 If only we could get a happy medium between these two sides of Aladdin!
6 anos atrás⊛
0pt

astrum the unnecessary guy
You won me over from the beginning with Break-dancing Aladdin. Great review, thank you very much! :)
6 anos atrás
0pt

EmeraldxDew
Aww, I really like Magi and Aladdin especially. He looks like the type of figure that would just make you happy to look at! x)
6 anos atrás
0pt

darkrose
I agree with you that the prototype's hair is much more impressive.
Still on the fence about getting him because he is way too thin.. even for a kid and he is already a teenager. Lol
6 anos atrás
Ver mais comentários

Welcome to my blog!