All 3 come in bigish boxes (bigger than you’d expect for this size figure), which is pretty much the same for all 3, with motifs and decorations from the series. Where the boxes differ from each other is that they have photos of the characters inside them (so they aren’t blind boxes and you know who is inside), and being color coded, a reddish pink for Sakura, orange for Kero-chan and a purplish blue for Yue (not pictured as it’s in storage).
All the characters are packaged in plastic, separating all the detachable parts.

Now I’m going to look at each character individually.

First up, Sakura.
Her base is a clear plastic disk, with motifs from the series (and copyright info) on it, the motifs have a sun at the top, a moon at the bottom, with the series title at the bottom and some decorations going around the sides. The base is the same for all 3, with some variations in how the characters attach.
Sakura has a peg on her base which her one foot attaches to and she has a 2 piece stand that plugs into the base to support her head.

Sakura is wearing a red and yellow outfit with sun motifs around it (and a bit of the moon). I don’t quite remember if she wore this outfit in the anime (not surprising, since Tomoyo maker her a new one every episode), but it does look slightly familiar.

Her sculpting is pretty nice, simple, but cute, although there are not a lot of details. The seamlines are hidden pretty well and the moulding seamlines are barely visible. The only ‘complaint’ I might have is the bits connecting to the sun and moon on her hat being very chunky (probably so they don’t break though) and not hanging straight down. The hands are pretty nice for their size too.

Next up, Kero-chan!
He has the same base as Sakura, but he attaches to 2 pegs coming out of the base instead.

Kero-chan comes in his Keroberos form (his true form), ad is in a pretty standard sitting pose.

The sculpting is pretty nice, and the proportions work out well, as he is definitely in a chibi form, but still looks like a large animal. His fur and ornaments are detailed and nicely sculpted, but it looks a bit off next to his more simply sculpted wings. Unfortunately, he has some really big and obvious seams (that look less obvious in the photos though).

The paint applications are overall better than Sakura, with very few wonky lines and paint not being where it’s supposed to (some of the silver from his ornaments and white from his claws). His face is pretty nice and I love the very chrome silver they used. The biggest paint flaw he has is on the tuft of fur on his tail though, it looks like there is a missing layer of paint or 2 with a red/brown showing through the paint.

And now Yue, (the reason I got this set, ^^;)
His base is the same as the others, but he attaches to a single stand piece that plugs onto his back, so he’s a tiny bit less stable than the other 2.

He's in his normal ensemble, standing with his arms crossed, and he comes in 2 pieces.

He’s sculpted quite nicely, with some detail in his hair and clothes that was absent from Sakura. The seamline in his hair and the seam of the fabric over his right shoulder is pretty obvious though, and his hands and feet don’t have a lot of detail either. I also think his and Kero-chan’s wings are the same sculpt.

Of the 3, his paint is the best, with only his feet being badly painted and the paint being transparent. Another problem with him is that there are some specs in the plastic on his face (which can’t really be seen on photos), which makes it look like there’s dust on his face. His face us pretty nice otherwise, even if not as detailed as Sakura’s face (the eyes anyway).

The proportions between the characters are odd though, with Sakura being the tallest and Kero-chan being quite small in comparison.
Overall, an adorable set, with 2 characters you don’t see as often in figures, so it’s quite nice to have on the shelf (although it was a bit of a hassle to get them back when they came out)

It comes in simple, but nice packaging attached to a piece of cardboard with a picture from the manga in the front with some deails, and the back with an authenticity sticker, barcode and other info, packed in a plastic slip.

In the front, we have a picture of Yue, with a frame that looks like a Clow card (and a product code).

The back is a plain mirror.

The strap is just some rope attached to a keychain, attached to the image.
The printing of the image is pretty nice, although some finer likes are less clear. The reflective part of the flowers in front of Yue, is a different, more pinkish color than the reflective background part (which is blue). 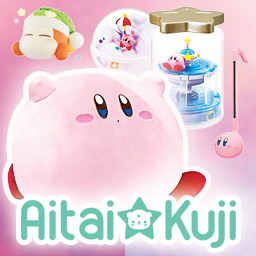 Welcome to my blog!