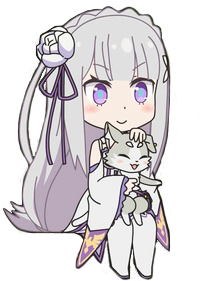 Hi there! I'm Ashley, my alias/nickname is Queen. I've been collecting for about five years now but have always been interested in it since I was a kid. I actually had quite a few figures back in middle school over a decade ago but due to moving and family who don't like my hobby I lost everything I had back then that I collected all the way till college so I began recollecting about 5 years ago.

Back in 2015 I started with Nendoroids and then shifted more towards scale figures, then ended up buying a mix of both. Buying a lot of goods is a bit of a bad habit of mine because I like goods just as much as I do figures. I'm also an avid collector of plushies. I primarily collect figures, goods, and plushies. I used to cosplay and attend conventions frequently but don't anymore except once per year. I pretty much stopped collecting now to prioritize other things and because of my health. My focus also turned more towards figures and items I really want rather than impulse buys.

I just recently moved from the U.S. to the UK. Thank you for looking and reading! ♡